So, what does a speak-easy look like in Colombia, a country that didn’t participate in our domestic prohibition of the 1920s?  I’d say it looks like a neon-lit Tron themed bar atop a curiously located chicken restaurant.  There is restricted access via a secret door and even then, there is secondary security at the top of a dark staircase.  But stop and grab some wings on your way up, they are some of the best I have ever tried!

The expedition began in early 2013 when we met Andrés Felipe Burritica at our activation in the Lincoln Suite at the TED conference.  We were invited to explore cocktails in an archaeological sense south of the equator.  For instance, journey to a country where everything is foreign to our senses and ideologies.  We packed our bags and bought a ticket to Bogotá.

We were well met and treated with a respect possibly undue us, but we endeavored to own it.  The very first day we went to the local farmer’s market and were intrigued by the surplus of alien fruits and vegetables.  There was a veritable potpourri of colors ad textures awaiting our taste buds and imaginations.  We were given the gift of choosing whatever our whim favored and ended up with vibrant baskets of multi-shaped and hued produce.

We then got to our test bar and started the experiments.  Oh, the flavors!  We were using fruits from the local rain forests, and trying out beverages of local custom looking for new ways to share an idea.  Melecotón was one of my favorites, being long, sumptuous and purpleish.  A sweet and musty orange-yellow fruit riddled with a mosaic of black seeds awaited my pleasure.  This made a great cocktail with whiskey, hickory smoke, panela and mandarin orange.  Then there was the mangosteen paired with blended scotch, corozo and chamomile.  Fantastico!  The trick was to embrace local Colombian culture and create something delicious and alluring both visually and descriptively.  The resulting menu was a festival of the senses and bespoke of the cross cultured recipes we had embarked to create.

We left hesitating, as a parent might with a newly born child, empowered with a smile on our face and trust that the bartenders trained would carry out our legacy with pride and precision. 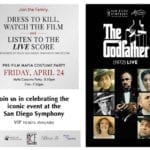