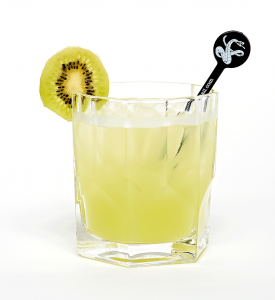 So, you wanna be in pictures? If you’re Michael Esposito, founder of San Diego’s Snake Oil Cocktail Company, you team up with the luxury movie theater chain Cinepolis. Snake Oil is now bringing culinary mixology to filmgoers with themed cocktails that are inspired and pay homage to select films currently playing in all five Southern California locations (Del Mar, La Costa, Laguna Niguel, Rancho Santa Margarita and Agoura Hills). “I mean, what’s better than a 3-D experience?” Esposito said. “Having specialty cocktails and food coming at you while you are in the theater!”

Frankie Thaheld, Snake Oil’s director of culinary mixology, who is also responsible for the culinary cocktail program at George’s California Modern, designs these fresh-juice cocktails— two for each film—and then trains the Cinepolis staff to execute them onsite. Now, how does one create a film-inspired cocktail? According to Esposito, they look at the film and then explore how the ingredients play with the film’s setting, plot and theme.

So, in a theater near you, enjoy The Great Gatsby with a West Egg—bourbon, smashed strawberry, pressed lemon, and Angostura bitters. Or Iron Man 3 with The Mandarin—tequila, pressed Valencia orange, pressed lime, sage essence, agave nectar and sea salt. And, what could be better for Superman than a Speeding Bullet of rum, crushed cherry, clove and pressed lime? The signature cocktails are $13 at all five locations—and can be delivered to your seat while you’re enjoying the film. 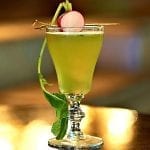 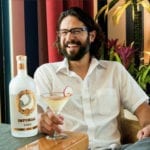